Is there absolutely no archaeological evidence to support the Book of Mormon?

There is absolutely no archaeological evidence to directly support the Book of Mormon or the Nephites and Lamanites, who were supposed to have numbered in the millions.

Multiple similarities have been found between Book of Mormon descriptions and archaeological evidences.

John L. Sorenson’s Mormon’s Codex is a dense presentation of several hundred artifacts and cultural evidences supporting a specific ancient setting for the Book of Mormon. His works are not conclusive, but critics who claim there is no supportive archaeological evidence need to deal with the abundant parallels he proposes.

In 1999 researchers reported ruins of stone buildings in Lake Atitlan in the south highlands of Guatemala. Scuba divers discovered a modest-sized pyramid and a number of stelae. The structures were some 56 feet (17 m) beneath the surface near the south shore. Using advanced technology to complete a high resolution map of the lakebed of Atitlan ruins of submerged settlements appear to exist at several places. This is precisely where a popular theory of Book of Mormon geography predicts they would be.

The last Nephite record keeper was killed around 400 A.D. and the Nephite culture was despised and destroyed by their conquerors. Many centuries passed during which tangible evidences of the Book of Mormon people were lost.

It is naïve to believe that a record will be found recording a name or other evidence described in the Book of Mormon conclusively proving the truthfulness of the narrative. The lack of evidence is not the evidence of lack—it is impossible to prove the Lehites did not exist.

It is often claimed by other Christians that the Bible is completely supported by archaeological evidence, while the Book of Mormon is supported by none. Neither claim is true.

Charting the "anachronisms" shows that what hasn't been discovered today could be in the future. These two charts support that as time progresses science continues to vindicate the Book of Mormon against more and more "anachronisms" claims: 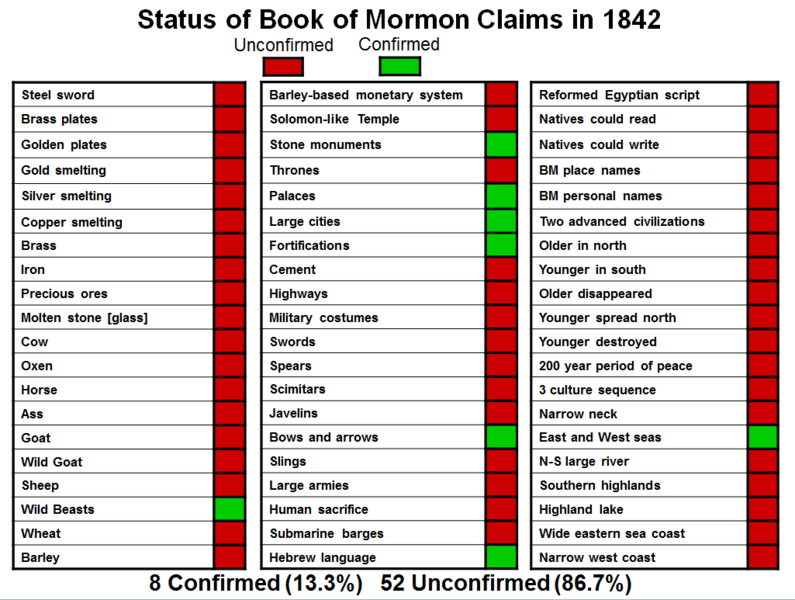 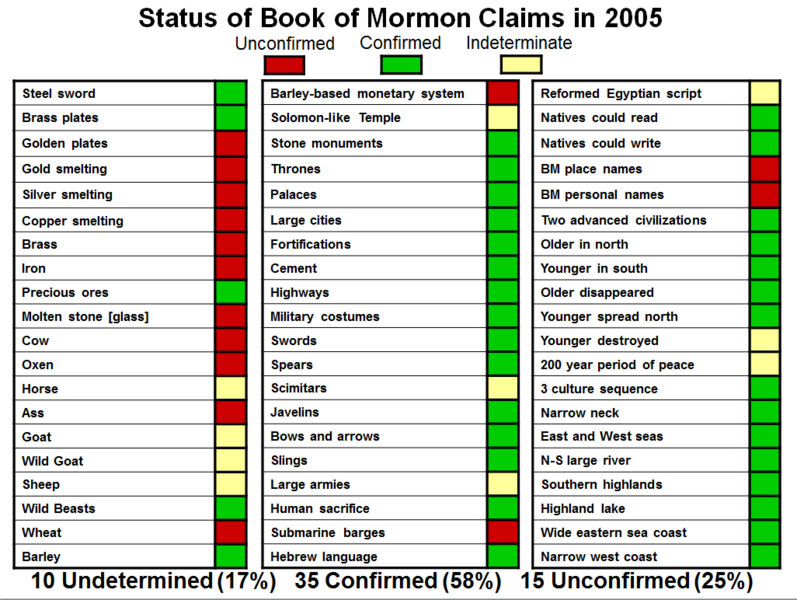