Shouldn't the same verses in the Joseph Smith Translation (JST) of the Bible and the Book of Mormon match?

The Book of Mormon includes mistranslated biblical passages that were later changed in Joseph Smith’s translation of the Bible. These Book of Mormon verses should match the inspired JST version instead of the incorrect KJV version that Joseph later fixed. A typical example of the differences between the BOM, the KJV, and the JST:

26: Behold the fowls of the air, for they sow not, neither do they reap nor gather into barns; yet your heavenly Father feedeth them. Are ye not much better than they?

27: Which of you by taking thought can add one cubit unto his stature?

(From the King James Version Bible – not the JST)

26: Behold the fowls of the air: for they sow not, neither do they reap, nor gather into barns; yet your heavenly Father feedeth them. Are ye not much better than they?

27: Which of you by taking thought can add one cubit unto his stature?

(Joseph Smith Translation of the same passages in the LDS Bible)

26: Nevertheless, ye shall go forth from house to house, teaching the people; and I will go before you.

27: And your heavenly Father will provide for you, whatsoever things ye need for food, what ye shall eat; and for raiment, what ye shall wear or put on.

Sermon at Mount vs Sermon at Temple 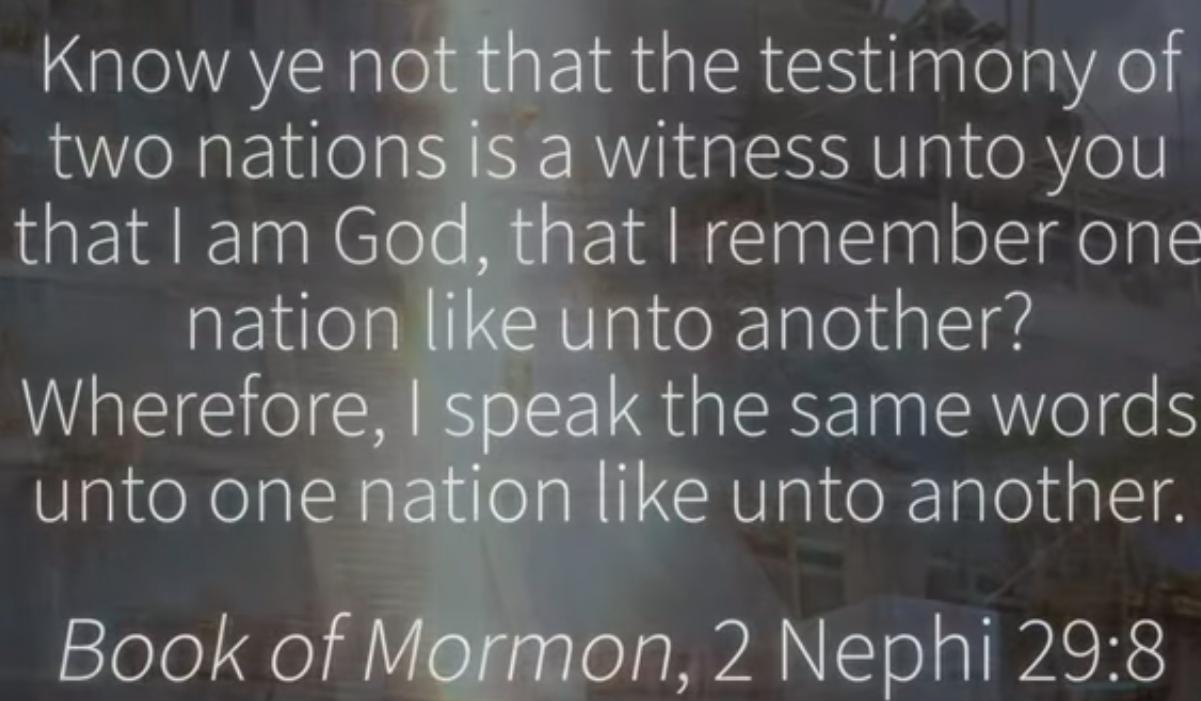 I'm not sure why Jeremy chose these verses to make his case because these are sermons to two different groups of people. Jesus' Sermon on the Mount was given on a hill in Galilee. Jesus' sermon to the Nephites was given in ancient America after his resurrection. He generally gives the same sermon to the Nephites but there are a few differences. That's fine. It was a great sermon and the Nephites needed to hear it. Have you ever shared a talk or a message more than once? School teachers do it every year.

Even though this CES letter example isn't the best, let's not dismiss the claim outright. There are cases where the JST doesn't match the Book of Mormon, like _____ (Update coming).

The CES Letter improperly represents the Joseph Smith Translation in order create the appearance of a contradiction.

The Joseph Smith Translation of the Bible is more of an inspired commentary to expand the text and enlighten the readers.

The Joseph Smith Translation does not purport to be a restoration to the original texts. The CES Letter creates a straw man argument by embracing an unjustified expectation. It expects the text to be restorative and then demonstrates that it is not.

The reasons for similarity between several chapters in the Book of Mormon and the Bible are unknown, but could simply be because the material on the gold plates was similar or because God (through the seer stone) interjected that material into the translation.

No witnesses reported Joseph using a Bible in translating the Book of Mormon, but that he might have implemented similar texts would not be surprising.

It appears that The CES Letter’s expectations are unduly narrow and reflect a misunderstanding of the Joseph Smith Translation text and history.