The CES Letter lists four verses in the Book of Mormon that were modified to better show a non-trinitarian view. Is this evidence that it originally contained a trinitarian view?

Joseph Smith’s teachings have consistently reflected a Godhead that is one in purpose, not one in body. They may each be referred to as “God” and their united purpose allows them to be collectively referred to as “one God” without meaning one entity or personage.

Christ is “God,” but He is also the “Son of God.” These additions were made by Joseph Smith in the 1837 publication of the Book of Mormon to add clarity, not to change meaning. 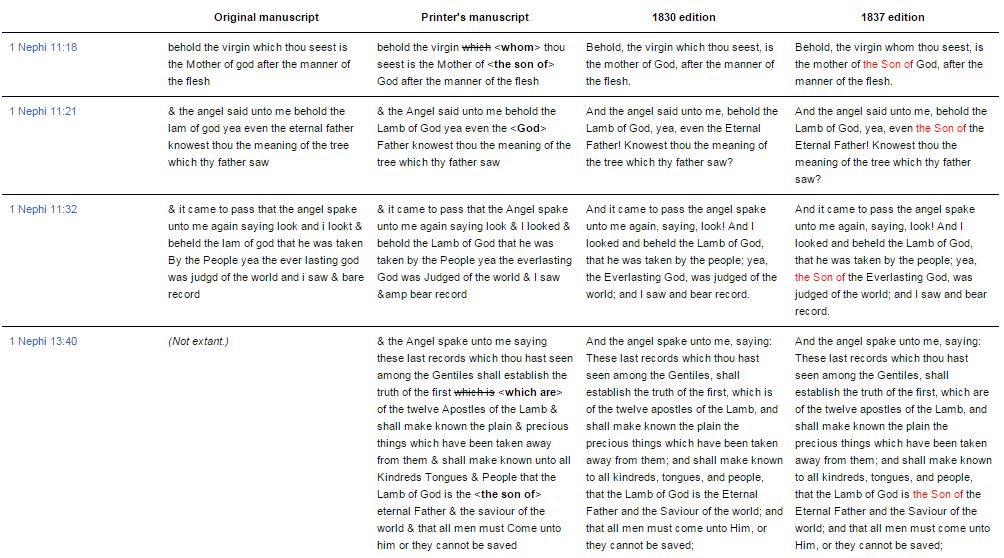 It is possible that "the Son of" was introduced into 1 Nephi 11:18 as a response to Alexander Campbell’s criticism regarding the Catholic-sounding phrase "the mother of God" in that verse.

There is no unambiguous statement from Joseph Smith stating that he believed in the Trinity as described in Christian dogma in 1829 or at any time thereafter.

The Doctrine of God the Father in the Book of Mormon by Andrew C. Skinner

The Mormon Concept of God: A Philosophical Analysis –  by Blake T. Ostler

The Development of the Mormon Understanding of God: Early Mormon Modalism and Other Myths –  by Ari D. Bruening, David L. Paulsen

FairMormon: Did Joseph began his prophetic career with a "trinitarian" idea of God?