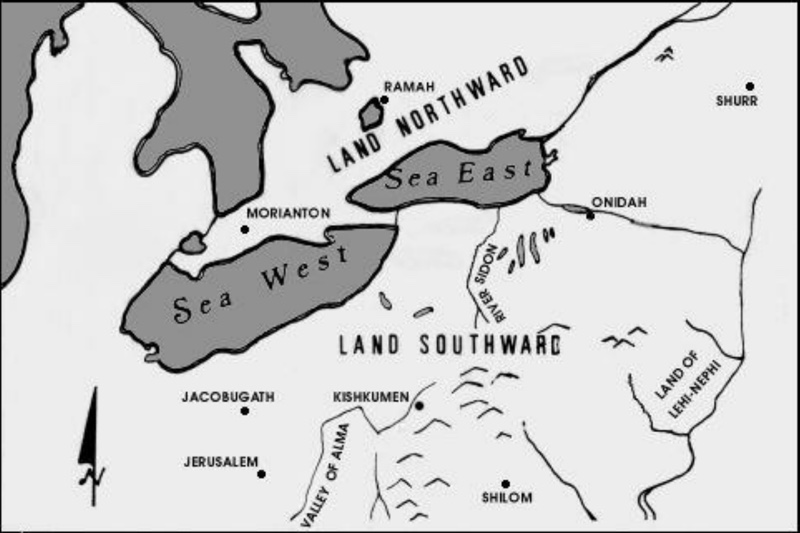 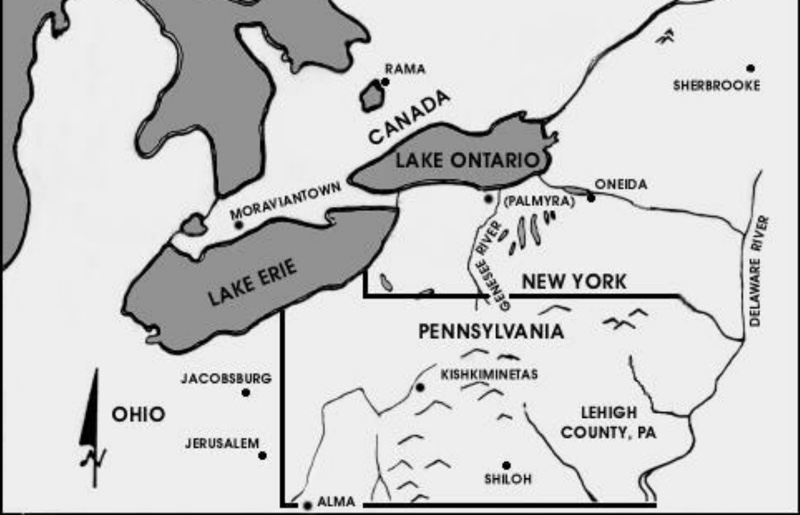 The first map is the “proposed map,” constructed from internal comparisons in the Book of Mormon.

Throughout the Book of Mormon we read of such features as “The Narrow Neck of Land” which was a day and a half’s journey (roughly 30 miles) separating two great seas. We also read about the Hill Onidah and the Hill Ramah – all place names in the land of Joseph Smith’s youth.

Holley's theories are only one of many and have been discredited due to their many inconsistencies with the Book of Mormon descriptions.

Multiple errors in the the maps printed in The CES Letter can be identified.

They place Jacobugath, site of "King Jacob's" dissenters far in the land southward, when the Book of Mormon has it far in the land northward (3 Nephi 7:9-12; see also 3 Nephi 9:9).

They place the land of first inheritance [land of Lehi-Nephi] on the eastern coast of the United States, while the Book of Mormon is clear that Lehi and his group landed on the western coast.

The City of Morianton should be by the eastern seashore, near the city of Lehi (Alma 50:25); Holley places it near the "sea west," not the sea east.

"Ramah" is the Jaredite name for the Hill Cumorah (Ether 15:11). Yet, The CES Letter places it in Ontario, not anywhere near New York and the hill where Joseph retrieved the plates.

"Kishkumen" is mentioned only in 3 Nephi 9:10; there is not enough information to place it on a map. Yet, it is included based on the correlation which the author of The CES Letter wishes to prove.

"Shurr" is a Jaredite name mentioned in only one place (Ether 14:28). Shurr should be near the eastern seashore (Ether 14:26), but it is nowhere near the map's "sea east."

For a more detailed analysis of the problems with the maps in The CES Letter, click here.