Name of the Church

Names of the Church

1834: THE CHURCH OF THE LATTER DAY SAINTS

1838: THE CHURCH OF JESUS CHRIST OF LATTER DAY SAINTS

After revealing “Church of Jesus Christ” on April 6, 1830, Joseph Smith made the decision on May 3, 1834 to change the name of the Church to “The Church of the Latter Day Saints”. Why did Joseph take the name of “Jesus Christ” out of the very name of His restored Church? The one and only true Church on the face of the earth in which Christ is the Head? 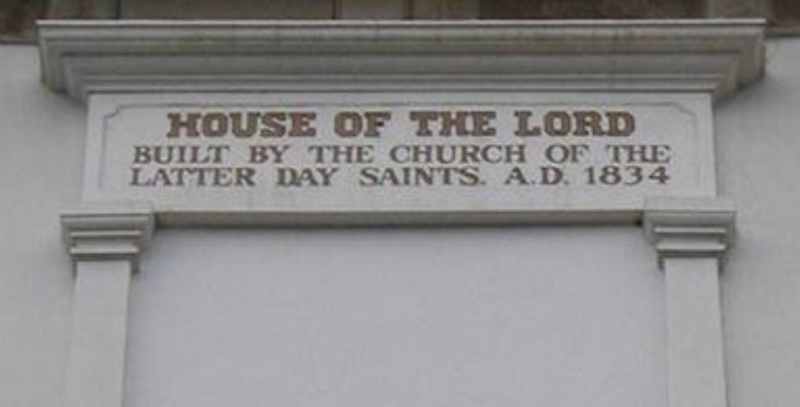 Four years later on April 26, 1838, the Church name was changed to “The Church of Jesus Christ of Latter Day Saints” and has remained ever since (except the hyphen was added later to be grammatically correct).

What does this say about a Church that claims to be restored and guided by modern revelation?

The CES Letter seems concerned that God chose to reveal the complete name in 1838 rather than 1830. Many revelations and doctrines were received later. As a criticism, this seems rather superficial.

This caused practical problems because other Christian denominations had adopted exactly the same name (Alexander Campbell's Disciples of Christ continues to use the name "Church of Christ" to this day).

The pejorative label "Mormonite" (later shortened to “Mormon”) prompted changes in order to distinguish the Church from other Christian churches.

In April 1834, under the influence of Sidney Rigdon (according to David Whitmer),[70] who had been a reformed Baptist preacher with close ties to Alexander Campbell prior to joining the church, the official name of the church was changed to the "Church of Latter Day Saints."

This was no attempt to distance the Church from the name of Christ or its claims to be Christ's church. In 1835, the official Church paper referred to the: "rise and progress of the church of Christ of Latter Day Saints" [71]

The final name of the Church came through revelation.

In 1851 when the church formally incorporated, the name included a corporate initial article "The" and a British hyphenization of "Latter-day," thus becoming the formal name we use to this day, "The Church of Jesus Christ of Latter-day Saints." Other groups that split off from the church, such as the Strangites and the Reorganization (RLDS, now Community of Christ), kept the original unhyphenated "Latter Day" in their formal names.

The chart below demonstrates that even though the name, “The Church of the Latter Day Saints” increased in usage between 1834 and 1838, the name “The Church of Christ” continued to be commonly used as well. 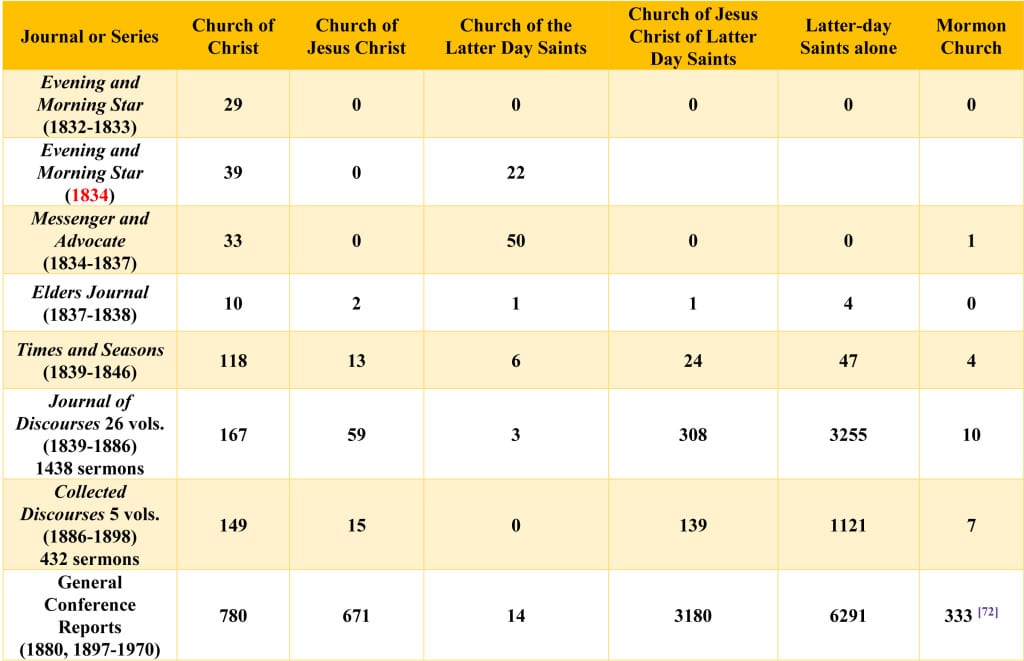