“Inasmuch as this Church of Christ has been reproached with the crime of fornication, and polygamy: we declare that we believe, that one man should have one wife; and one woman, but one husband, except in case of death, when either is at liberty to marry again.”

“Thou shalt love thy wife with all thy heart, and shall cleave unto her and none else.”

“Wherefore, it is lawful that he should have one wife, and they twain shall be one flesh, and all this that the earth might answer the end of its creation.”
Joseph Smith was already a polygamist when these revelations were introduced into the 1835 edition of the Doctrine & Covenants and Joseph publicly taught that the doctrine of the Church was monogamy. Nevertheless, Joseph continued secretly marrying multiple women and girls as these revelations/scriptures remained in force.

The CES Letter argues that scriptures demand monogamy, apparently at all times and places. But God said in the Book of Mormon, “I will command my people,” so earlier commandments could be superseded. Regardless, the actual language of 1830s scriptures is ambiguous regarding polygamy. 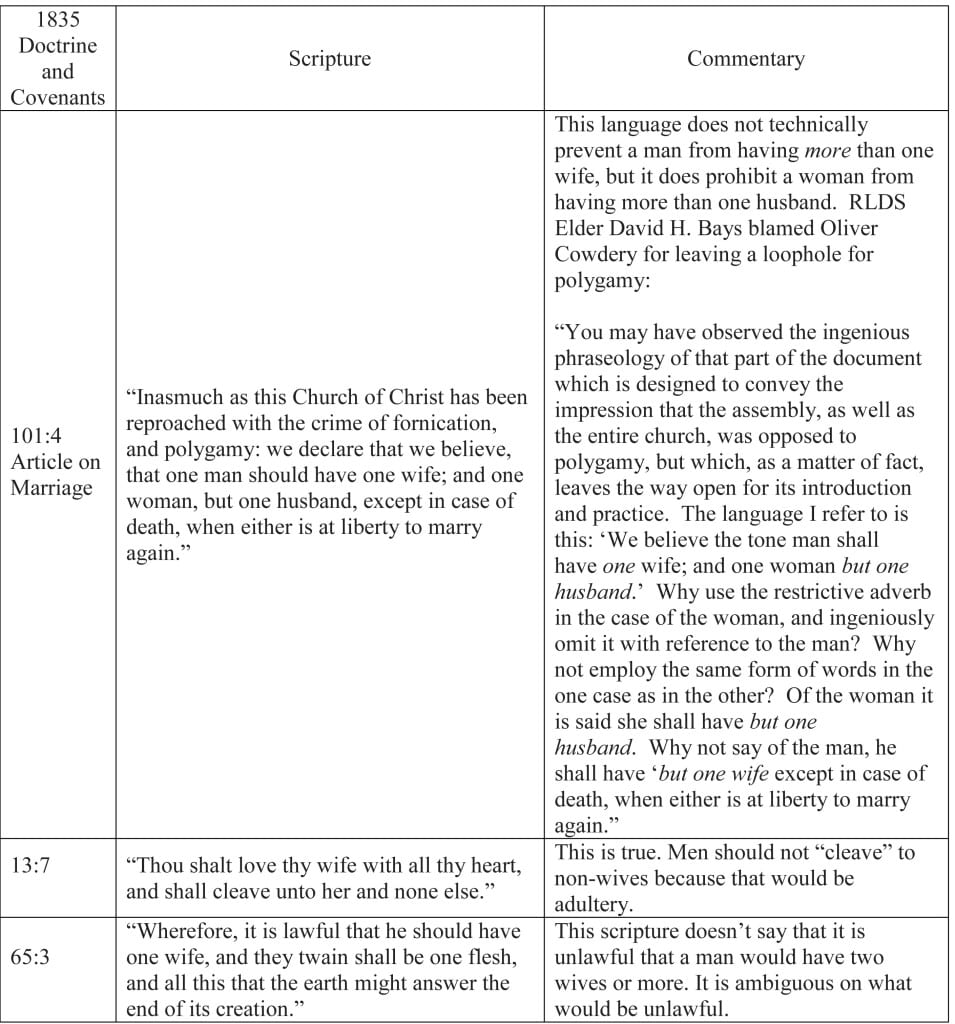