Does the eternal salvation, eternal happiness, and eternal families really depend on Masonic rituals in multi-million dollar castles? Is God really going to separate good couples and their children who love one another and who want to be together in the next life because they object to uncomfortable and strange Masonic Temple rituals and a polygamous heaven? 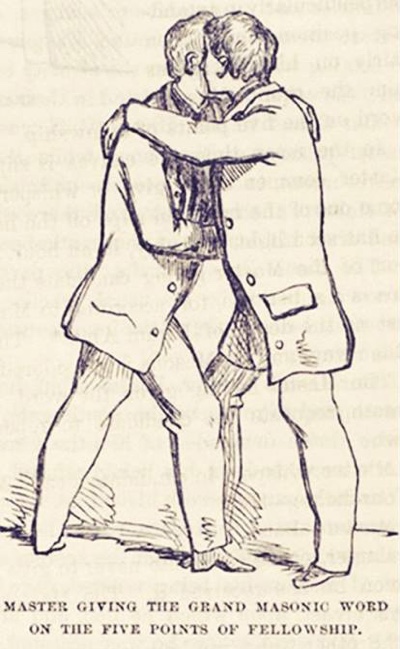 God has laid out the requirements He makes of man for entry into His kingdom. These requirements include baptism and other essential ordinances of salvation, performed in temples built to His specifications.

The most disturbing aspect of the claim being made here is the implicit assumption that it is whatever does not seem “uncomfortable and strange” to us rather than whatever is required by God that should be the basis by which we qualify for salvation. Israeli biblical scholar Joshua Berman describes the problem with this point of view (J. Berman, The Temple, p. 22): “Many will claim that they believe in and relate to [God] on their ‘own terms.’ Within this conception one’s relationship with God is analogous to one’s relationship with a friend or relative. The Bible, however, posits that man can only truly relate to God through delicately orchestrated circumstances.”

For example, Jesus taught: “Except a man be born of water and of the Spirit, he cannot enter into the kingdom of God” (John 3:5). This sounds like an exclusivistic claim — and, indeed, it would be except for the fact that, as members of the Church know, every person who has ever lived eventually will be given the opportunity to understand the Gospel fully and receive, if willing, the ordinance of baptism, whether in mortality or in the spirit world.

Latter-day Saints extend this same principle to additional priesthood ordinances — including temple ordinances — that they believe were received by their exemplar, Jesus Christ during his mortal life, and which they therefore regard as part of the requirements for a fulness of salvation for everyone else who has lived.

Like baptism, each of these ordinances may be received voluntarily by proxy in the next life, if a suitable opportunity was not already provided in this one. The Prophet Joseph Smith taught (J. Smith, Jr., Teachings, 11 June 1843, p. 308): “If a man gets a fulness of the priesthood of God he has to get it in the same way that Jesus Christ obtained it, and that was by keeping all the commandments and obeying all the ordinances of the house of the Lord.”

With respect to the mocking reference to sacred temples as “multi-million dollar castles,” it should be observed that church leaders have always taught principles of frugality and careful stewardship in the administration of church funds (see, e.g., G. B. Hinckley, The Widow’s Mite). More specifically, in the building of churches for Sunday worship, church leaders have reminded the Saints that they are “not to build magnificent cathedrals, but serviceable meetinghouses” (J. R. Clark, Jr., 4 April 1941, p. 17) and that they are not to furnish them “as if they were palaces” (J. R. Clark, Jr., 6 April 1948, p. 118).

That said, the commandment of the Lord with respect to temple construction from the time of the first temple of Solomon (1 Kings 6-8) to our own day has been of a different character: to build temples in a manner that they would “endure through the Millennium” (B. Young, 6 October 1863, p. 254) and to furnish them with elements and workmanship of the highest quality. In this way, temples are meant to reflect to a befitting degree the glorious purposes for which they are built.