Note: This page is not relevant to the core CES Letter question. Page under construction.

The graphic below shows the rediscovered papyri placed on top of Facsimile 1. The red circles denote the filled-in sections of facsimile 1 that respected modern Egyptologists say is nonsense. 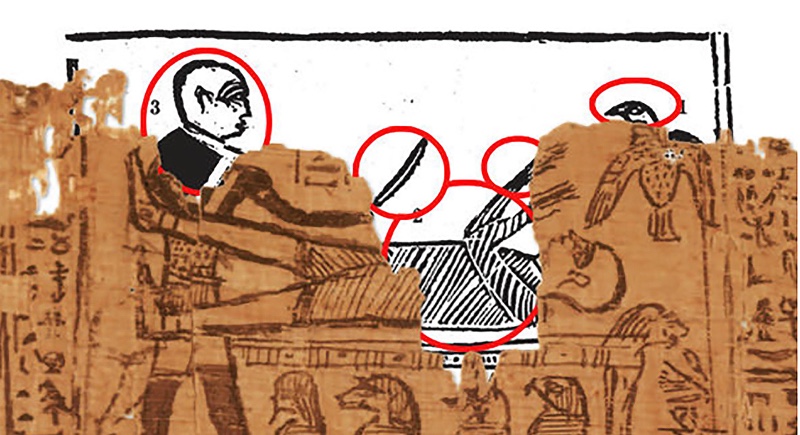 In contrast with the canonized version of Facsimile 1, the following image is what Facsimile 1 is really supposed to look like, based on Egyptology and the same scene discovered elsewhere in Egypt: 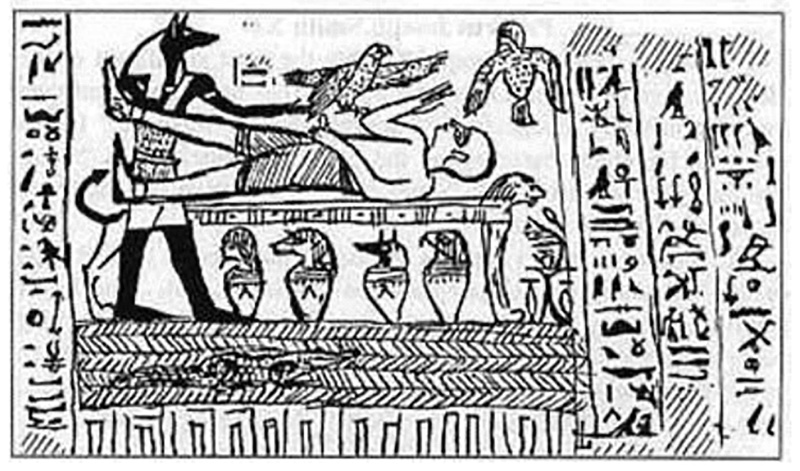 The author of The CES Letter ignores important facts and unanswerable questions surrounding the penciled additions to Facsimile 1. 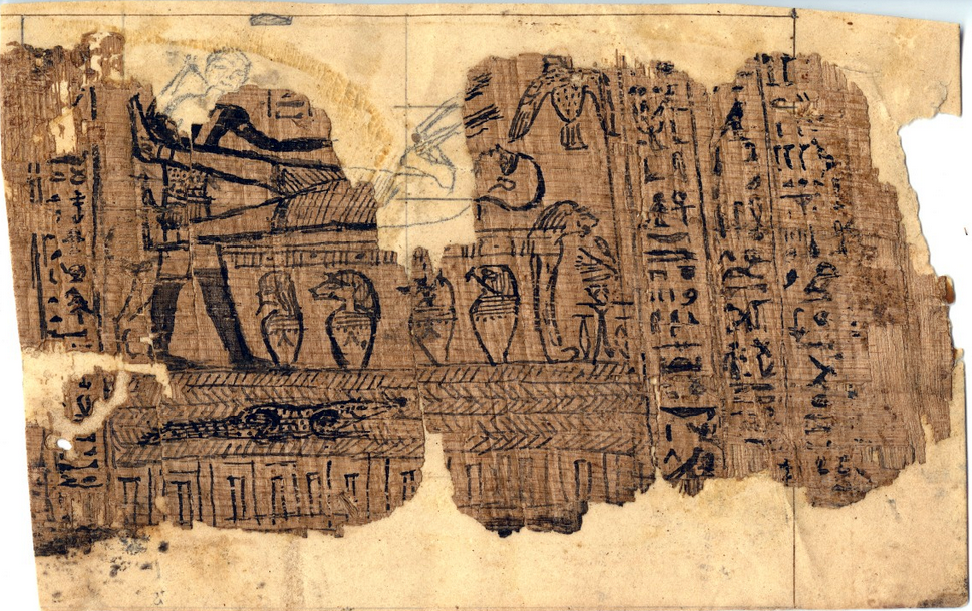 No historical evidence definitively identifies the author of the penciled additions.

It is undocumented whether the penciling was done before or after Joseph Smith’s death.

There is debate as to how badly this portion of the papyri was damaged when Joseph Smith received it.

Eyewitness descriptions of the papyri indicate that some of the penciled elements in Facsimile 1 may have actually been present in the original papyri.

Since some Egyptologists affirm that the added pencil markings are incorrect, several possibilities that The CES Letter ignores should be investigated. If Joseph added the penciled portions according to revelation, he may have been transforming the drawing to comply with a revelatory Book of Abraham. In such a case, the dissimilarities to the original (pre-damaged) drawing would not be surprising. The modified drawing would also not be associated with the surrounding Book of Breathings.

The author of The CES Letter is simply asserting a claim with no substantiating evidence, and is glossing over important difficulties in reconstructing the original state of the papyri.

Eyewitness, Hearsay, and Physical Evidence of the Joseph Smith Papyri