The following is a side-by-side comparison of what Joseph Smith translated in Facsimile 3 versus what it actually says according to Egyptologists and modern Egyptology: 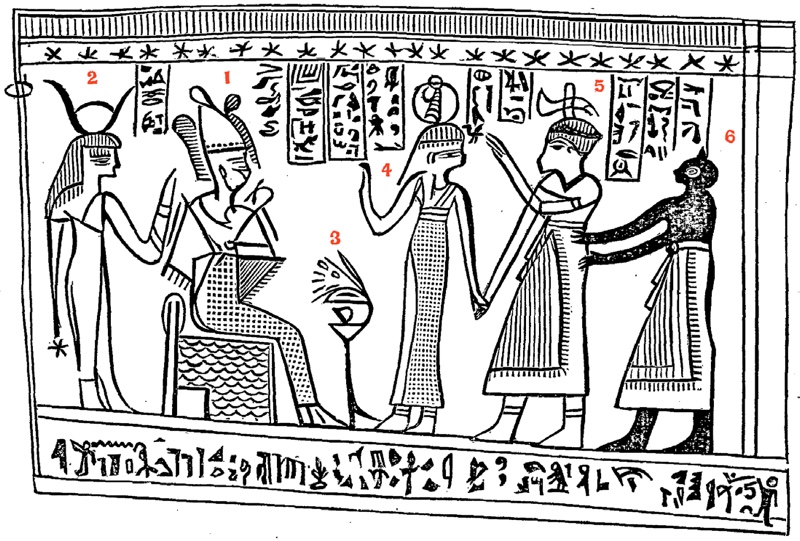 While the meaning of some of Joseph Smith’s interpretations have yet to be fully understood, only by assuming he should have duplicated modern Egyptologists’ views can critics allege he is in error.

Egyptologist John Gee has explained that there remains much work to be done on Facsimile 3:

"Facsimile 3 has always been the most neglected of the three facsimiles in the Book of Abraham. Unfortunately, most of what has been said about this facsimile is seriously wanting at best and highly erroneous at worst. This lamentable state of affairs exists because the basic Egyptological work on Facsimile 3 has not been done, and much of the evidence lies neglected and unpublished in museums. Furthermore, what an ancient Egyptian understood by a vignette and what a modern Egyptologist understands by the same vignette are by no means the same thing. Until we understand what the Egyptians understood by this scene, we have no hope of telling whether what Joseph Smith said about them matches what the Egyptians thought about them."

Any observer can recognize that two of the figures in Facsimile 3 (King Pharoah and Prince of Pharoah) appear to be female, but Joseph Smith identified them as male. Critics may affirm these to be blunders, but it would be a simplistic interpretation in light of the more complex correlations the Prophet did make in his Abrahamic revelation. (Furthermore, forthcoming work by Egyptologist John Gee demonstrates that during the period the Joseph Smith Papyri were produced Egyptian artists were not always consistent in depicting the genders of the figures being represented, and so sometimes swapped male and female gender iconography.)

Each of the three Egyptian representations in the facsimiles that Joseph Smith said were associated with Abraham actually was associated with him by ancient Egyptians. This reality does not prove the Prophet to be a prophet, but it is a curious instance where Joseph was correct.

Given the nature of Ruben Hedlock's reproduction of Facsimile 3 (the original has not survived), some researchers doubt our ability to even read the hieratic labels to begin with, and insist that the best we can do is offer conjectural emendations of the labels based on comparative iconography.

Elements in Facsimile 3 (such as Abraham teaching astronomy to the Egytians) finds support in ancient apocryphal sources about the life of Abraham.

Critics are quick to point out understandable inconsistencies with his explanations of the Facsimiles. However, they do not attempt to deal with these significant instances of consistency.

A candid evaluation of the known facts reveals that a number of elements about the Facsimiles and text of the Book of Abraham are puzzling, a number are quite plausible, and a number are compelling.

All the Court's a Stage: Facsimile 3, a Royal Mumming