Why should we believe the Book of Mormon Witnesses but not the Shakers witnesses?

The Shakers and Ann Lee:

The Shakers felt that “Christ has made his second appearance on earth, in a chosen female known by the name of Ann Lee, and acknowledged by us as our Blessed Mother in the work of redemption” (Sacred Roll and Book, p.358). The Shakers had a sacred book entitled A Holy, Sacred and Divine Roll and Book; From the Lord God of Heaven, to the Inhabitants of Earth. 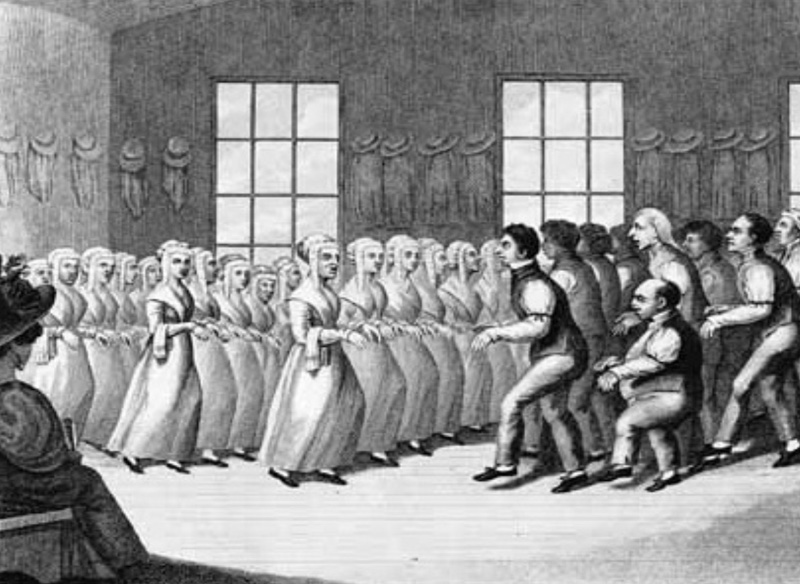 More than 60 individuals gave testimony to the Sacred Roll and Book, which was published in 1843. Although not all of them mention angels appearing, some of them tell of many angels visiting them. One woman told of eight different visions.

Here is the testimony statement (page 304 of Sacred Roll and Book):

We, the undersigned, hereby testify, that we saw the holy Angel standing upon the house-top, as mentioned in the foregoing declaration, holding the Roll and Book.

Why should we believe the Book of Mormon Witnesses but not the Shakers witnesses?

The CES Letter continues to attempt to discredit the Book of Mormon witnesses by comparing their messages to that of over seventy testimonies published in the appendix of A Holy, Sacred and Divine Roll and Book. 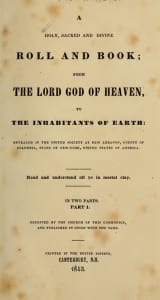 However, a comparison demonstrate many important contrasts:

In Christian theology, “in the mouth of two or three witnesses every word [should] be established” (2 Cor. 13:1). The Book of Mormon witnesses were granted very specific supernatural experiences and then commanded to bear witness of what they saw.

The Shaker Roll and Book afterwards fell into discredit and dishonor among the Shakers themselves and was abandoned by its leaders and most believers,[12]

After the Three Witnesses saw the angel and the plates, Lucy Smith recalled Joseph exclaiming:

"Father, mother, you do not know how happy I am: the Lord has now caused the plates to be shown to three more besides myself. They have seen an angel, who has testified to them, and they will have to bear witness to the truth of what I have said, for now they know for themselves, that I do not go about to deceive the people, and I feel as if I was relieved of a burden which was almost too heavy for me to bear, and it rejoices my soul, that I am not any longer to be entirely alone in the world” (History of Joseph Smith, p.153).