Are James Strang's witnesses comparable to the Book of Mormon witnesses?

Like the Book of Mormon, the Book of the Law of the Lord has the testimony of its Witnesses in its preface:

Be it known unto all nations, kindreds, tongues and people, to whom this Book of the Law of the Lord shall come, that James J. Strang has the plates of the ancient Book of the Law of the Lord given to Moses, from which he translated this law, and has shown them to us. We examined them with our eyes, and handled them with our hands. The engravings are beautiful antique workmanship, bearing a striking resemblance to the ancient oriental languages; and those from which the laws in this book were translated are eighteen in number, about seven inches and three-eights wide, by nine inches long, occasionally embellished with beautiful pictures.

And we testify unto you all that the everlasting kingdom of God is established, in which this law shall be kept, till it brings in rest and everlasting righteousness to all the faithful.

In addition to the above 7 witnesses, there were 4 witnesses who went with Strang as they unearthed the Voree Plates:

TESTIMONY OF WITNESSES TO THE VOREE PLATES

On the thirteenth day of September, 1845, we, Aaron Smith, Jirah B. Wheelan, James M. Van Nostrand, and Edward Whitcomb, assembled at the call of James J. Strang, who is by us and many others approved as a Prophet and Seer of God. He proceeded to inform us that it had been revealed to him in a vision that an account of an ancient people was buried in a hill south of White River bridge, near the east line of Walworth County; and leading us to an oak tree about one foot in diameter, told us that we would find it enclosed in a case of rude earthen ware under that tree at the depth of about three feet; requested us to dig it up, and charged us to so examine the ground that we should know we were not imposed upon, and that it had not been buried there since the tree grew. The tree was surrounded by a sward of deeply rooted grass, such as is usually found in the openings, and upon the most critical examination we could not discover any indication that it had ever been cut through or disturbed.

We then dug up the tree, and continued to dig to the depth of about three feet, where we found a case of slightly baked clay containing three plates of brass. On one side of one is a landscape view of the south end of Gardner’s prairie and the range of hills where they were dug. On another is a man with a crown on his head and a scepter in his hand, above is an eye before an upright line, below the sun and moon surrounded with twelve stars, at the bottom are twelve large stars from three of which pillars arise, and closely interspersed with them are seventy very small stars. The other four sides are very closely covered with what appear to be alphabetic characters, but in a language of which we have no knowledge.

The case was found imbedded in indurated clay so closely fitting it that it broke in taking out, and the earth below the soil was so hard as to be dug with difficulty even with a pickax. Over the case was found a flat stone about one foot wide each way and three inches thick, which appeared to have undergone the action of fire, and fell in pieces after a few minutes exposure to the air. The digging extended in the clay about eighteen inches, there being two kinds of earth of different color and appearance above it.

We examined as we dug all the way with the utmost care, and we say, with utmost confidence, that no part of the earth through which we dug exhibited any sign or indication that it had been moved or disturbed at any time previous. The roots of the tree stuck down on every side very closely, extending below the case, and closely interwoven with roots from other trees. None of them had been broken or cut away. No clay is found in the country like that of which the case is made.

In fine, we found an alphabetic and pictorial record, carefully cased up, buried deep in the earth, covered with a flat stone, with an oak tree one foot in diameter growing over it, with every evidence that the sense can give that it has lain there as long as that tree has been growing. Strang took no part in the digging, but kept entirely away from before the first blow was struck till after the plates were taken out of the case; and the sole inducement to our digging was our faith in his statement as a Prophet of the Lord that a record would thus and there be found. 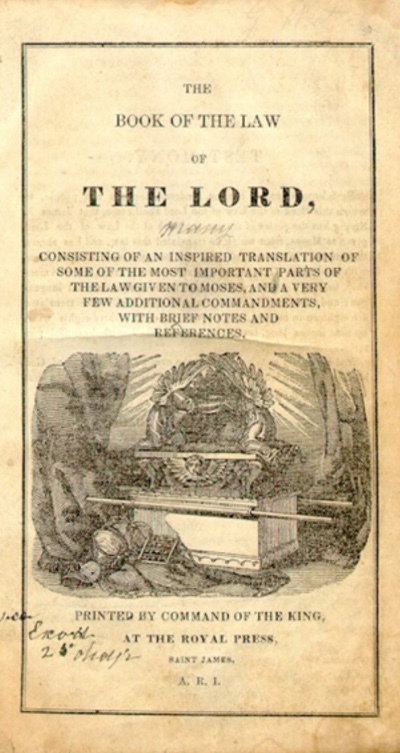 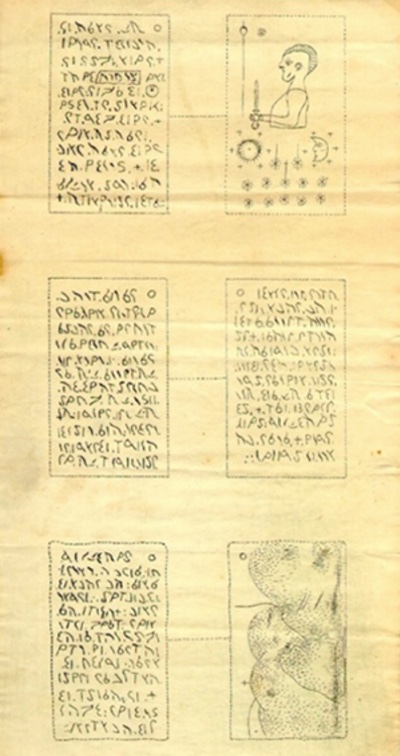 The Book of the Law of the Lord

Like Joseph, Strang had a scribe (Samuel Graham) who wrote as Strang translated. Along with several of the witnesses, Graham was later excommunicated from Strang’s Church.

There is no direct evidence that any of the above 11 Strang witnesses ever denied their testimony of James Strang, the Voree Plates, Strang’s church, or Strang’s divine calling. Every single living Book of Mormon witness besides Oliver Cowdery accepted Strang’s prophetic claim of being Joseph’s true successor and joined him and his church. Additionally, every single member of Joseph Smith’s family except for Hyrum’s widow also endorsed, joined, and sustained James Strang as “Prophet, Seer, and Revelator.”

What does this say about the credibility of the Book of Mormon witnesses if they were so easily duped by James Strang and his claims of being a prophet called of God to bring forth new scripture from ancient plates only to later turn out to be a fraud?

James Strang’s claims and Voree Plates Witnesses are distinctive and more impressive compared to the Book of Mormon Witnesses: (No angels, no voice from heaven, no Urim and Thummim, Liahona, or Sword of Laban. Nothing supernatural. Far less distinctive and completely unimpressive.)

It is surprising that The CES Letter would spend so much space trying to compare the Eight and Three Book of Mormon Witnesses to the seven and three Strang witnesses.

Even a superficial comparison demonstrates four important and undeniable contrasts:

The Strang witnesses reported no supernatural component to their experiences.

At least one Strangite witness later denounced his project as mere "human invention."

Another Strangite witness later confessed to helping fabricate the plates.

The witnesses, even after leaving the Strangite movement, expressed no concerns about continuing to bear the witness to what they had seen. There are no similar denials that they had ever denied their testimony.

Neither the Three nor the Eight Witnesses regarded it as possible for Joseph to have forged the gold plates.

Strangite follower Stephen Post acknowledged: “With all the faith & confidence that I could exercise all that I could realize was that Strang made the plates himself, or at least that it was possible that he made them.”[1]

That they went with him to a spot to dig up the plates, and that the ground did not seem to be disturbed.

That Strang did not interfere with the digging.

Martin Harris said that he could tell from their weight that the plates of Joseph Smith were either gold or lead, and he knew Joseph had no way to even acquire that much lead and certainly not gold.[2]

One witness, Chaucy Loomis, reported Strang’s law partner describing how he and Strang had forged the plates.

“Bro. Samuel Graham, I think, president of the Twelve, declared that he and Strang made those plates that Strang claimed to translate the Book of The Law from. But they in the first place prepared the plates and coated them with beeswax and then formed the letters and cut them in with a pen knife and then exhibited them to the rest of the Twelve. The facts were Graham apostatized and left the island.” [3]

Strang's plates were much less numerous than those of the Book of Mormon. His witnesses reported nothing supernatural and his translation required the better part of a decade rather than a little more than two months.

Unlike the semi-literate Joseph Smith, Strang was well-read. He had been an editor and lawyer before his involvement with Mormonism.

Strangite parallels—James Strang's break-off sect produced eyewitnesses of buried records. Does this indicate that Joseph's ability to do so is neither surprising nor persuasive? The Strangite witnesses were not all faithful, and some recanted and described the nature of the fraud perpetuated by Strang. (Click here for full article)