Was Martin Harris a credible witness? 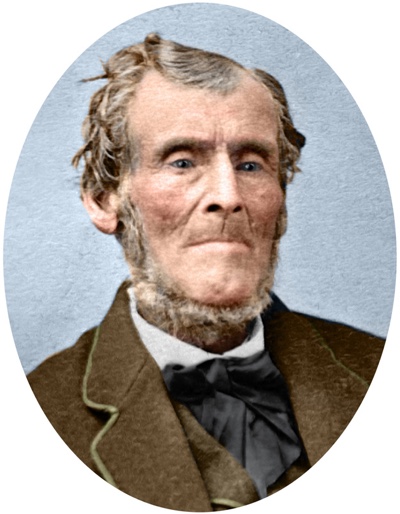 Martin Harris was anything but a skeptical witness. He was known by many of his peers as an unstable, gullible, and superstitious man. Brigham Young once said of Martin:

As for Martin Harris, he had not much to apostatize from; he possessed a wild, speculative brain. I have heard Joseph correct him and exhort him to repentance for teaching false doctrines.

Reports assert that he and the other witnesses never literally saw the gold plates, but only an object said to be the plates, covered with a cloth.

Additionally, Martin Harris had a direct conflict of interest in being a witness. He was deeply financially invested in the Book of Mormon as he mortgaged his farm to finance the book.

The following are some accounts of the superstitious side of Martin Harris:

Once while reading scripture, he reportedly mistook a candle’s sputtering as a sign that the devil desired him to stop. Another time he excitedly awoke from his sleep believing that a creature as large as a dog had been upon his chest, though a nearby associate could find nothing to confirm his fears. Several hostile and perhaps unreliable accounts told of visionary experiences with Satan and Christ, Harris once reporting that Christ had been poised on a roof beam.
No matter where he went, he saw visions and supernatural appearances all around him. He told a gentleman in Palmyra, after one of his excursions to Pennsylvania, while the translation of the Book of Mormon was going on, that on the way he met the Lord Jesus Christ, who walked along by the side of him in the shape of a deer for two or three miles, talking with him as familiarly as one man talks with another.
According to two Ohio newspapers, shortly after Harris arrived in Kirtland he began claiming to have ‘seen Jesus Christ and that he is the handsomest man he ever did see. He has also seen the Devil, whom he described as a very sleek haired fellow with four feet, and a head like that of a Jack-ass.’ 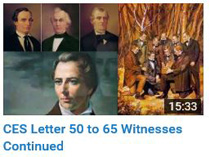 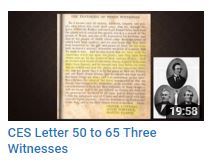 Martin Harris was considered a credible individual until he teamed up with Joseph Smith.  Then the prejudices against the Prophet expanded to include those that associated with him, including Martin Harris.

Harris’ neighbors and anti-Mormon contemporaries called him “honest,” and “industrious,” “benevolent,” and a “worthy citizen” even when considering him deluded by Joseph.

One contemporary critic wrote, “How to reconcile the act of Harris in signing his name to such a statement [his Book of Mormon testimony], in view of the character of honesty which had always been conceded to him, could never easily be explained.”

Martin Harris sought tangible proof of the divine process of translation by substituting a rock in place of the seer stone, but Joseph discovered the switch.

Martin personally carried copies of the Book of Mormon characters to Charles Anthon looking for verification. This is not the behavior of a gullible dupe.